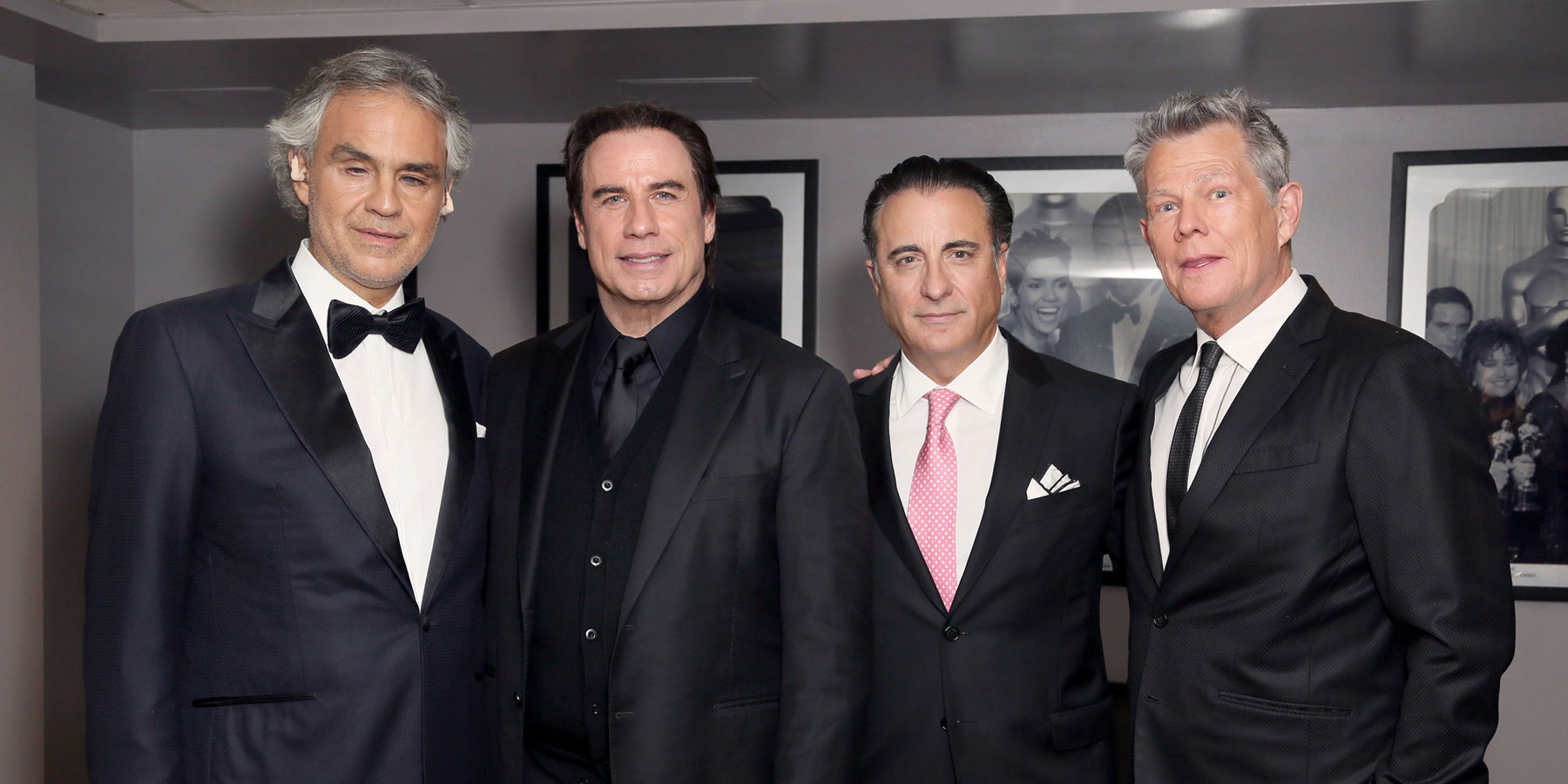 “A private white dinner at Andrea Bocelli’s house in Forte dei Marmi, organized by CFN and sponsored by Cartier.”

“Andrea Bocelli, performed for one night only live at the Dolby Theatre to present his latest album, Cinema, per- forming with international artists.”